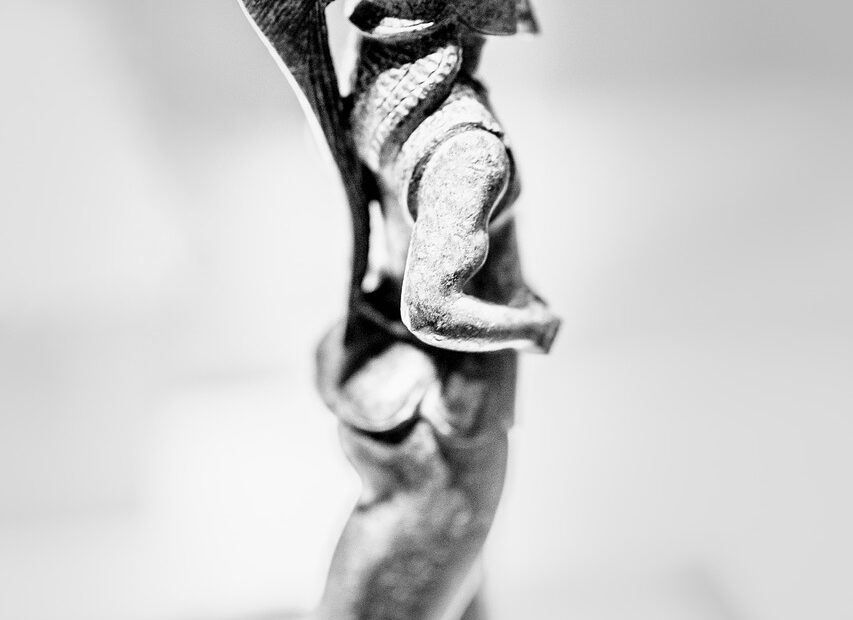 Last year I dove headfirst into obstacle course racing (OCR). I was looking to train for something, and I stumbled upon a Tough Mudder race in St. Louis.

I quickly fell in love because it’s not just brute strength, and it’s not just long cardio. Instead, it’s the perfect blend of both, which makes training much more enjoyable. Plus, you get muddy, and every guy enjoys a little mud.

It wasn’t long before I had a small group of guys and gals at my gym that also wanted to do a few OCR’s. So, we started a team – The Ageless Fuddy Muckers.

One night while watching the Chicago Bulls’ Last Dance documentary, the Zen master Phil Jackson must have inspired me because I found myself writing a list of qualities/mentalities I’d want in a teammate. That list eventually became the criteria to train with the Fuddy Muckers.

As I finished this list, I realized that these should apply not just to my training but my entire life – my career, my family, etc.

Some of these I stole from books I’ve read, others have come from mentors, and a few I created myself from 38 years of being on this earth. As you read them, don’t be afraid to add your own.

Show Up. Show out.

Thank you Bruno Mars for reminding us that showing up consistently is the most important step on the road to success. Closely following it – practicing with a purpose.

Winners show up AND show out.

There’s a “sucking point” in everything we attempt to do. It’s that little (or big) hump that you have to get over to get what you want. Muhammad Ali called it the pebble in your shoe. For running, I found that it’s the first mile. Once I can get past that first mile, I feel like Forrest Gump. My body warms up, my muscles loosen a little, and my endorphins kick in. No amount of chafing can stop me.

The obstacle is the opportunity.

I’m a firm believer that the happiness (and success) of your life is directly determined by how you handle the obstacles in it.

My daughter Taber, like a lot of kids, has a few obstacles she’s going to have to deal with as she gets older. No matter how much love we give her or how many doors we open for her, her happiness is going to be determined by how she handles the obstacles in her path.

Brad Snyder, a member of Ageless and fellow dad, weighed over 400lbs before he joined the gym. I’m sure exercising on the treadmill was a major obstacle for him. Yet, he had the strength to turn it into an opportunity, and he’s currently lost over 100lbs (and still going).

The only way to truly succeed and find happiness is to address the obstacles, head on.

When building your team, look for those individuals that have pig-headed determination. Those are the individuals that are going to push you, stick with you no matter how scary your goal is, and inspire you to keep moving. We call them foxhole buddies.

Natural talent is great because it gives you a head start in the race of success, but pig-headed determination is far more likely to lead you to the finish line of success. I’ve met many talented athletes over the years that never reached their potential. Yet, I haven’t met a single athlete with pig-headed determination that didn’t succeed beyond her wildest expectations. The same can be said in any profession/endeavor.

Or as Helen Keller said, “I would rather walk with a friend in the dark than walk alone in the light.” Or, even better, as Rudyard Kipling said, which was brought to fame during the Chicago Bulls 3-peat in the 90’s, “For the strength of the Pack is the Wolf, and the strength of the Wolf is the Pack.”

When climbing your mountain, don’t go at it alone. There will be times when you will need to be pushed, pulled, picked up, and patted on the back. That’s what teammates are for. Plus, without teammates, there are no high fives or chest bumps once you reach the mountain top. Where’s the fun in that?

Compete AGAINST yourself. Compete WITH others.

If you’re like the majority of participants in the study you’d choose option A, despite the fact you’d be making $25,000 less per year.

Because we don’t live in a world of absolutes. Everything is relative, and because of that, we’re often envious, unhappy creatures. Look no further than the stats for depression, anxiety, and overall unhappiness. They’re all at an all-time high despite the luxuries we have today. Is it a coincidence that social media use, which often only allows us to see a highlight reel of our online friends’ lives, is also at an all-time high? The grass always seems to be greener somewhere…

The solution….. Look to the OUTSIDE for motivation and look WITHIN for comparison. Said in another way, compete AGAINST yourself and compete WITH others.

Never be jealous of your squad. Never get down because of their success. Never let envy keep you from training with the best. Let it motivate you, but make sure the yardstick you’re using is based on the person in the mirror looking back at you, not someone else.

You’re only as good as your last race.

Letting the engine idle is comfortable. You expend little energy. You take little risk. There’s very little novelty, leaving you in the safe arms of familiarity.

And yet, like a car that’s just idling, you go nowhere. You sit there, watching, reliving the past, one memory at a time. You become, as Roosevelt once said, the critic, the man who points out how the strong man stumbles.

How boring… Think of the regrets you’ll have.

Instead, build yourself a crew that challenges you, makes you comfortable with being uncomfortable. Just imagine the things you’ll accomplish.. Things that today you’d say, “No sir. I can’t do that.”

One of the keys to a life of happiness – neverending growth. And you can’t grow reliving your past successes.

Go for the gusto.

Enthusiasm, much like its nemesis negativity, is contagious. The one you radiate is the one you attract.

More importantly though, as Ralph Waldo Emerson once said, “Nothing great was ever achieved without enthusiasm.” Said in another way – Don’t be a sour puss. As Mr. T would say, “Ain’t nobody got time for your negativity.”

When you flat line, struggle harder.

Every endeavor worthwhile has a wall. Oh, that damn wall. Things are going great. You’re cruising right along, and then bam. The wall. The plateau. The setback. The obstacle.
Oh, how the struggle is real.

Most stop. Turn around. Give up. Make an excuse.

Some look for motivation. A quote. An inspiration. A cheerleader. A coach. A new path.

And there are those that seem to achieve every goal they set. Walls be damned.

What is their secret?

However, at times, it slows us down. We overthink. We’re indecisive. We miss opportunities. We freeze in the face of endless options, and worse when we choose the one we think we want, we instantly regret it.

Worst of all though.. It makes us fear failure and as a result, become complacent.

So, it’s important that we have an override for those moments…Anddddddd the override I use is… Do the shit. Or, as Nike put it, just do it.

The two scariest words in the English language – What if?

Life is meant to be lived. The only regret you’ll have on your death beds are the opportunities you didn’t take.

Ignore the cant’s, won’t’s, and shouldn’t’s. A wolf doesn’t worry about the opinion of sheep. A strong man in the ring, taking punch after punch, doesn’t care what the critic eating popcorn sitting ringside says.

Be where your feet are.

Be present in everything you do. Be here now.

Learn from the past, dream and plan about the future, but live in the present.

Every day remind yourself to be thankful, be appreciative, and dream. Every. Single. Day.

I can think of no better way to start your day than to think about one person in your past you’re thankful for, one person in the present you appreciate, and one thing in the future that motivates you. Can you?